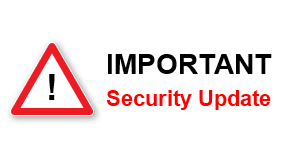 Read the latest helpful updates on ransomware and cloud security from our industry partners and contacts.

We like to put our partner and media contacts to good use in helping you and your customers to understand the security landscape.

This month, we bring you three helpful new updates – two guides to ransomware (and how to defeat it) and the other an interesting short article from Cloudworks on the benefits of cloud security for small and medium businesses.

New from AppRiver, this guide is subtitled ‘Understand, Analyze and Protect’, and is a very readable resource covering what ransomware is, how it works, how it spreads, and the best practices and employee training that can help defend against it.

Another take on ransomware and how to combat it comes from security experts Malwarebytes, who major on the importance of endpoint security (keeping PCs and devices protected) in this informative and short PDF.

Five reasons why cloud security is important for SMEs

Big servers, large infrastructure, lots of IT staff – these are all security components that SMEs just can’t afford! This is why they must look cloudward – and this article from Cloudworks describes the benefits of cloud security neatly.

We’ll be back with more helpful advice soon!

Outdoors magazines, sports coaches, your mother – they all teach you that at this time of year, when the cold snap bites, layers of clothing are far more effective against the cold than one monstrous overcoat. Nobody pretends the cold’s not going to find its way into a fold or two, but after that, other folds stop it.

Seems like common sense, doesn’t it? Yet when it comes to anti-malware and the like, too many vendors (and partners!) still favour the overcoat – one big protective mantle that, once compromised, is a single point of chilly failure.

So for you, and your customers, the question is this: where can you get access to the kind of layered anti-malware solutions that don’t let you down like an overcoat, and how can you be sure they’ll deliver on the promise?

What are these anti-malware layers – and what benefit do they deliver?

Layered security’s central philosophy is that no one solution can cover every base. (Wikipedia describes this neatly here). You need layers of solutions, as well as layers of protection within those solutions.

Take one of the most vicious breeds of malware, for example – zero-day exploits, like the ones that placed millions of Android Chrome users at risk. These target vulnerabilities in newly-released browser and application software, often using these undefended pathways to deliver ransomware payloads.

To fight these threats effectively, each vulnerable program – it could be an Office app, a PDF reader, a media player, or anything else – needs its own dedicated protection.

But this kind of exploitation protection isn’t necessarily focused on threat profiles like viruses, Trojans, worms, rootkits, adware and spyware, so an additional anti-malware layer is needed.

And, critically, malware detection is not the same as malware removal – which, again, is a layer in itself.

Put all these items of “protective clothing” together, of course, and you have a multi-layered solution, something like this one, that covers all the critical malware and exploit vulnerabilities.

That chill wind might find its way in here and there, but it’s not going to hit skin.

Drilling down into these solutions, we find that there, too, layers are the key to trapping the threat, wherever it comes from and whatever form it takes.

So for example, an anti-malware solution might have four distinct layers:

In short, there’s a trigger to raise a red flag on all the hot buttons that malicious code typically tries to press!

“Is layered anti-malware really that effective? Not convinced…”

At this point, if I were your mother I’d be telling you to come inside and get some hot soup. As it is, I’m going to tell you to come in from the cold and smell the coffee.

So what’s stopping you from (if you’re a partner) offering these solutions profitably to your customers, and (if you’re an end-user organisation) deciding to take the partners up on their offer?

The short answer is “nothing.”

Firstly, distribution businesses like mine (and others) already make these solutions available to partners, and not just in conventional subscription-based agreements.

The MSP model, for example, gives partners a powerful differentiator in their portfolio. This is primarily because it enables partners and their customers to pay only for what they use, but it also makes aggregated billing possible, reducing customer acquisition costs and so supporting the growth of the partners’ business.

Secondly – and this is where layers take on a dimension that’s probably a lot more interesting to you than it is to your mother – layered anti-malware not only gives partners the opportunity to combine (and charge for) multiple solutions, as we’ve already seen, it can also work with the customer’s existing security solutions and need not automatically displace them.

In short, every layer’s a revenue stream in itself, but any other security solutions you have already sold to your customers can stay in place too – so the revenue opportunity is multiplied!

So, that’s a whole load of stuff I bet you (and your mother) didn’t know about the similarity between what you wear and what you sell.

Either way, it’s going to make you look good.

It’s that time again, a new operating system emerges from the Microsoft incubator! While many of you might not get to experience Windows 10 just yet or even in the foreseeable future, we want you to know that when you decide to use it, Malwarebytes has got your back.

The latest versions of our Malwarebytes products supports Windows 10! And that includes:

So one of the first things you should do after setting up your new operating system is to download Malwarebytes Anti-Malware. Trust me, the cyber criminals won’t wait until everyone is comfortable with Windows 10 to start targeting folks using it.

Find out more about Malwarebytes at www.bluesolutions.co.uk/malwarebytes/. Call our sales team today on 0118 9898 222 for a free trial or demo.

May 6 marked the 15 year anniversary of the infamous ILOVEYOU (Love Letter) email virus. The virus is regarded as the first major virus spread by email.

ILOVEYOU reportedly infected tens of millions of computers worldwide, and cost billions of dollars in damage.

Once a machine was infected with ILOVEYOU, the virus scanned the Windows Address Book and subsequently sent copies of itself to every contact within the list. Using the public’s lack of email security to its advantage, the virus was able to masquerade as a legitimate attachment sent by a known acquaintance.

In the years since ILOVEYOU, we’ve all learned lots regarding email security and ‘best practices’ to use when downloading attachments. There have been numerous articles, write-ups, warnings, and suggestions advising users to be wary when opening attachments that come via email – even when from a trusted source.

Despite more than a decade and a half of these warnings, email is still a primary vector for the installation of malicious software.

The M3AAWG Email Metrics Report, released Q2 of 2014, indicates that over a three-month tracking period, a whopping 987 billion “abusive” emails were identified as being successfully delivered.

While this pales in comparison to the other 9+ trillion emails blocked by the mail providers, this number demonstrates just how successful  a vector email is for malicious actors to use to compromise their victims.

As indicated by the report, the vast majority of these messages are blocked by large email providers such as Microsoft and Google, but despite the best efforts of these companies, many messages still find their way through the filters.  Here is an example of a malicious email I received to my personal email account just the other day.

The success of these malware campaigns relies in numbers. With an estimated 205 billion emails sent each day, it seems to be a herculean, if not almost impossible task to prevent each and every malicious email from being delivered.

We would all be quite peeved if that important document from our boss wasn’t delivered to our email box, or if that emergency change in insurance wasn’t received from HR.

The big email providers know this, so they are forced to tread lightly when determining if an attachment is malicious or not. The problem is malicious actors know this too.  So for them, it’s just a numbers game.

If one address gets blocked, use another. If one message is blocked, send one more – better yet, send a million more. And there in-lies the issue that we in the security field face when it comes to preventing you from seeing (and in the case of malware – blocking) this sort of garbage all together.

A small portion of over-all attempted deliveries and an even smaller percentage of successful installs is all that’s needed to claim success.

Malware authors utilise a dizzying array of tools, services, and botnets to facilitate delivery of malicious email. Email addresses are spoofed. The subject and body can be dynamically generated using unique information to help provide a sense of legitimacy to the email. Most attachments are randomized both in name and MD5’s to thwart detection.

Geo-location is used to send emails to users of a particular region, city, or post code. And the subject matter of emails constantly changes to play into the fears, desires, and dreams of every potential person.

Attachments are not limited to .zips either. Attachments have been seen to arrive in .exe format (although rare with large email providers), .scr, .pdf, .com, .js, or a variety of others. Here we can see how some attachments attempt to appear legitimate.  Take notice of the large spaces between filenames and the .exe extension on a few of the attachments.

Remember, it only takes a small portion of sent emails, and an even smaller percentage of those to be clicked, in order for a malware author to claim a particular spam-run successful.

The reality is, these people wouldn’t use email as an attack vector if it didn’t work – but it does.

The only reason it does is because a small percentage of us still click such attachments thinking there may be some legitimacy to the content.

Despite 15 years of warnings, billions of dollars in damages, and countless attacks attributed to email, we have yet to learn the dangers of downloading unsolicited attachments.

So for the sake of humanity (a bit dire, I know) please quit clicking attachments from people you don’t know, or from contacts where the content appears suspicious.

If there is a question if the email is legitimate, contact the sender and inquire.

If you didn’t order anything online, don’t click the Word document advising you of your recent purchase.

If you haven’t done so already, configure Windows to always show file extensions. That way, if you do download and extract a malicious attachment, you can hopefully see if any trickery is being played with spaces between the visible filename and the extension.

And most importantly, educate someone you know who would never read this (or any) security blog as to hopefully help them from succumbing to the ever-changing tactics of malware spam.

Blue Solutions is now a distributor for Malwarebytes- read the press release here. Call our team on 0118 9898 222 and they'll help with any questions or arrange a free trial.