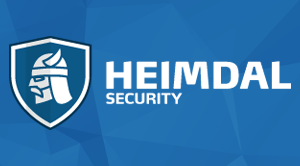 How would your customers feel if they had a Norse warrior stopping malware from reaching their endpoints? Meet Denmark’s Heimdal Security.

In days of old, the sight of Vikings on the horizon was enough to turn decent peasants’ blood to ice.

But the marauding Danes are now playing poacher-turned-gamekeeper – at least in IT security terms.

This is what our newest vendor partner Heimdal Security sees as its killer battle cry when compared to traditional endpoint security. And here’s why malware needs to be very afraid of it.

“Form square and stick out your spears” – that’s basically the traditional approach to endpoint protection. Once the problem has hit the machine, the security software rings the panic bell, musters the garrison, and mounts a defence.

We Brits tried that against the (real) Vikings. It didn’t work.

But if we could have spotted their boats as they cast off – or, even better, seen activity on the quayside that indicated an attack being prepared – we could have taken proactive action against them before they reached Blighty.

This is exactly what Heimdal does. Instead of looking at application code and signatures in files that have already entered the endpoint, to work out if there’s a threat, it looks at the undercurrents in the ‘sea’ of network and internet traffic entering and leaving your customers’ businesses, to detect danger before it surfaces.

Rather cleverly, though, this isn’t just about identifying when users are being taken to places they shouldn’t be sailing towards – e.g. malicious websites – and blocking the connection to them before it’s made (although this is certainly important, as we explore below).

Traditional security protects an endpoint with a last-ditch defence. Heimdal protects it by turning the entire network into a shield wall.

Which one are you betting your krone on?

“Probably the best malware protection in the world…”

The famous Danish beer ad is tongue in cheek. But there’s a serious point to be made here about the strains of malware that Heimdal can protect against that many other security solutions simply can’t.

Take ransomware, for example. Traditional endpoint security looks for malicious code within files, but a ransomware-triggering hyperlink, or instruction to connect to a website, is neither a file nor, in itself, an inherently malicious piece of code. So, the endpoint security software doesn’t spot it.

But Heimdal is looking at the network, not the endpoint. It detects and blocks the malicious connections (to malvertising, legitimate but compromised web banners, malicious iFrames and redirects, botnets etc.) that signal an intention to activate or propagate attack strains like APTs, ransomware, Trojans, polymorphic malware and others.

In short, Heimdal gets stuck into the melee long before the blunt old endpoint battle-axe can!

Exploit kits and other threats that exploit programs’ existing security weaknesses are a huge worry for traditional endpoint security vendors, because these weaknesses often exist at a lower level than that at which the security solutions operate.

Consequently, exploits can slip underneath the endpoint radar (the bad guys must feel like they’ve died and gone to Valhalla!)

They’re a huge worry for your customers, too, given that some 85% of web app attacks (like the kind that typically trigger ransomware and steal personal financial data) take hold of endpoints through an existing unpatched security hole of this kind.

But here, Heimdal have put a real edge on their sword. They have coupled their network traffic analysis with an automatic software update tool, to ensure that your customers’ internet-facing and non-internet-facing apps  – from Acrobat to Audacity, Flash to Firefox, Java to Jitsi, and many others besides – are constantly and automatically updated with the latest security fixes and patches, thus denying exploit kits an entry point.

The most security-critical applications are often those that are not concerned with security at all – how’s that for a typically innovative Scandinavian way of looking at a problem?

Heimdal: the new word in security

Bloodthirsty or not, the Vikings gave their name to some very beneficial concepts. The word ‘law’ comes into English from their language, for example – and from where we’re sitting it looks like they’ve done it again with ‘Heimdal’!

(Loosely translated, we think the name means: “Stop the thing that’s trying to attack the longboat before it reaches the longboat.” Genius.)

Time some of your customers learnt some Danish, perhaps?