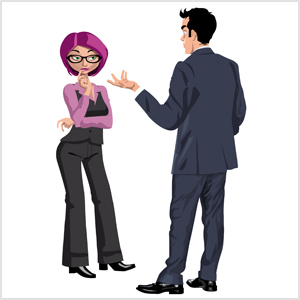 It seems that industry commentators everywhere have come out in support of Office365, for MSPs, resellers, and end-users alike. In a recent TechTarget Search Cloud Provider piece, for example, one interviewee called it “the single greatest opportunity for MSPs and VARs to enter into the cloud” and “a no-brainer for 99% of customers”.

He goes on: "There are two different categories of MSP and VAR when it comes to Office 365: one that embraces it and one that fights it. Within the fighting group, it's a losing battle … Their customers are getting picked off one at a time."

Sobering stuff. But selling Office 365 is not just about pushing the benefits - there’s money to be made out of its weaknesses, too.

From the end-user perspective, the benefits of Office 365 are legion. Amongst others, it eliminates the need for internal email management, and ensures one consistent environment, no matter how widely distributed the IT infrastructure. Updates happen automatically – so there’s no need for costly, time-consuming manual management of upgrades or patches.

This blog quotes a number of smaller businesses enthusing about the cost benefits of the solution, with one manager saying it costs him “just a few dollars a month per user”, and another projecting “25 to 30 percent cost savings” after transitioning to Office 365.

Seen from the MSP point of view, the benefits are equally persuasive. This piece in Insight.com talks of the budgetary advantages to be had by moving from owning licences (capital expenditure) to subscribing to a service (operational expenditure).

It also emphasises Office 365’s scalability. You pay only for what you use, but what you use can scale up or down based on user count. And then there’s the drastic reduction of hardware and facilities costs, of course...

All good, then. But actually, not. Because Office 365 suffers from some significant weaknesses that put your customers at risk and threaten their reputation.

From weakness to wealth: how partners can monetise Office 365

But the happy news is that, as technology writer Crystal Bedell nails it, partners can “Identify a weakness in the platform and provide customers with a solution” – an approach that she pronounces “profitable” (the partners’ magic word!)

The weaknesses in question relate to known security limitations within the Office 365 solution set. Type “Office 365 vulnerabilities” into Google and you will find no shortage of past security gaps. And although Office365 supposedly boasts integral security, what Microsoft calls “Advanced security for your data” is actually only available in its premium-level E5 plan, as this page shows.

Hardly surprising, then, that many vendors have realised there is demand from partners and end-users alike to extend Office 365’s standard security features.

Spam and virus filtering appears to be an area of concern, with vendors offering “Plus”-type solutions (like the one in this video), rather than trusting to Office 365’s inbuilt defences.

Perhaps most excitingly of all, “sandbox” malware detection developed for Office 365, like this solution, can now monitor the actual behaviour of suspect files in multiple virtual sandbox environments using multiple operating systems.

This effectively turns the tables on the malware, uncovering how it targets different kinds of Office 365 users, before it can actually do so.

Tell your customers, sell the solutions

All in all, then, it seems that Office 365 isn’t lacking in security issues – but then it isn’t exactly lacking in solutions that partners can sell to fix them, either!

All you have to do is make sure your customers know about them. So what say you share this blog with them?